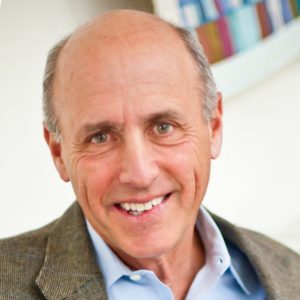 David Lubin offers courses in the history of art, film, and popular culture. As an undergraduate, Lubin studied filmmaking at the University of Southern California’s School of Cinema while reviewing music for Rolling Stone. He went on to receive his Ph.D. in American Studies from Yale. His books include Act of Portrayal, Picturing a Nation, Flags and Faces, and Titanic, a cultural-studies analysis of the blockbuster film. He has lectured at colleges, universities, medical schools, and art museums throughout the United States, Europe, China, and Australia. Shooting Kennedy: JFK and the Culture of Images examines the photographic portrayal of Jack and Jackie Kennedy from their public courtship in 1953 to the events of Dallas ten years later. The book won the Smithsonian Institution’s Charles Eldredge Prize for “distinguished scholarship in American art.” Lubin’s latest book, Grand Illusions: American Art and the First World War, was published by Oxford University Press in 2016.

Professor Lubin has been the recipient of numerous awards, including a Guggenheim Fellowship and research residencies at Harvard, Stanford, and the National Gallery’s Center for Advanced Study in the Visual Arts. In 2010 he was a visiting professor at the Free University of Berlin and in 2016-17 was the inaugural holder of the Terra Foundation for American Art Visiting Professorship at Oxford University.