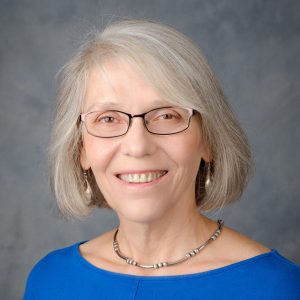 Bernadine Barnes teaches the history of art in the Renaissance and Baroque periods. She is particularly interested in how artists direct their works toward specific types of viewers or buyers, and how critics articulate the expectations of various audiences. Her most recent book, Michelangelo and the Viewer in his Time, shows how Michelangelo himself considered settings and viewers in designing works like the David, the Sistine Chapel ceiling, and St. Peter’s.  Her other interests include representations of women in the Renaissance, artists as entrepreneurs, and cultural encounters in the Early Modern Mediterranean.

The 13th and 14th centuries in Italy are usually thought of as precursors to the Renaissance, but in this class we will try to understand the period and its art on its own terms.   This was a time of political change: there were attempts to form democratic city-states, but there were also violent conflicts between classes and with neighboring city-states. The 14th century saw the earliest attempts to unify Italy through a single language, and the great literary figures of the time—Dante, Petrarch, and Boccaccio—helped bring that about. There was religious innovation with the rise of popular preaching orders inspired by St. Francis of Assisi and others, but there was also corruption and intrigue in the Church, which led to violence and schism.  And then there were natural disasters, most notably the devastating plague of 1348.  The art and architecture reflects all these changes.

The visual arts of Europe and America provide a fascinating entry into a study of the history, religion, and ideas that have shaped our culture. In this course you will learn about some of the greatest masterpieces of the western tradition, beginning with art and architecture of the ancient world, and ending with the art of our own time.
This course will be taught entirely online. You do not need to be on campus to enroll–in fact, I hope you’ll be able to visit museums and sites wherever you are in the summer.